I was a fan of Richard Corrigan ever since I went to the Lindsay House in Soho – over 3 floors so not easy to negotiate and I was walking with sticks then. However it closed in 2009 and was replaced by Bentley’s Oyster Bar & Grill which I used a lot when I worked for SAP UK Ltd as it had a disabled toilet in the bar even though they are tight on space so it can be done even though it’s an old building! Great for taking clients for a quick bite to eat and superior fish & seafood cooking and not too expensive.

So it was a logical step/wheel for me to go to Corrigan’s Mayfair when it opened in Grosvenor St. My most recent visit was just before Xmas with an old friend, Justin, from the SAP days. The access is tricky as there are a number of steep steps to get in and you have to rely on some one pushing you up the portable ramp. The effort is worth it as once you’re in it’s all on one level with a good wooden floor so you glide in a wheelchair and there’s plenty of room between tables. Also, there are no awkward bumps if you’re walking with a stick. The MaitreD’ John Spiteri made a great effort in making me feel welcome and put me on a table at the right height with plenty of room, yet still central so as not to feel isolated.

The food was the best. I had the Pheasant Sausage served in an old fashioned Pyrex bowl which was a great touch. Simple dish but unbelievable taste. I had to eat it all and filled myself up before the main course of Sea Bass which was also very good. By dessert I was overwhelmed with the food but they did top it all with a Xmas Pudding Souffle – I squeezed it in as it was one of the best desserts I have ever had. The wine was also good, chosen by the Sommelier, and as we drank a lot of champagne I’m afraid I can’t remember what it was!?

The service was friendly and helpful without being intrusive.The disabled  toilet was exemplary with plenty of room. I should also mention the decor which is ‘Art Decoish’ and a bit like a Gentleman’s Club without being stuffy and I love the feather lampshades. The bar area is also disabled friendly as there are tables to sit at as opposed to the bar stools.

A good time was had by both of us. Justin paid which was an added bonus as it is at the higher end of the price range, and if the access had not been so ‘hairy’ they would get the maximum 3 ‘Ticks’. But they get a special 2.5+. 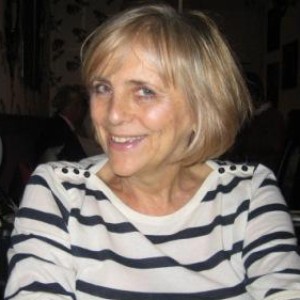